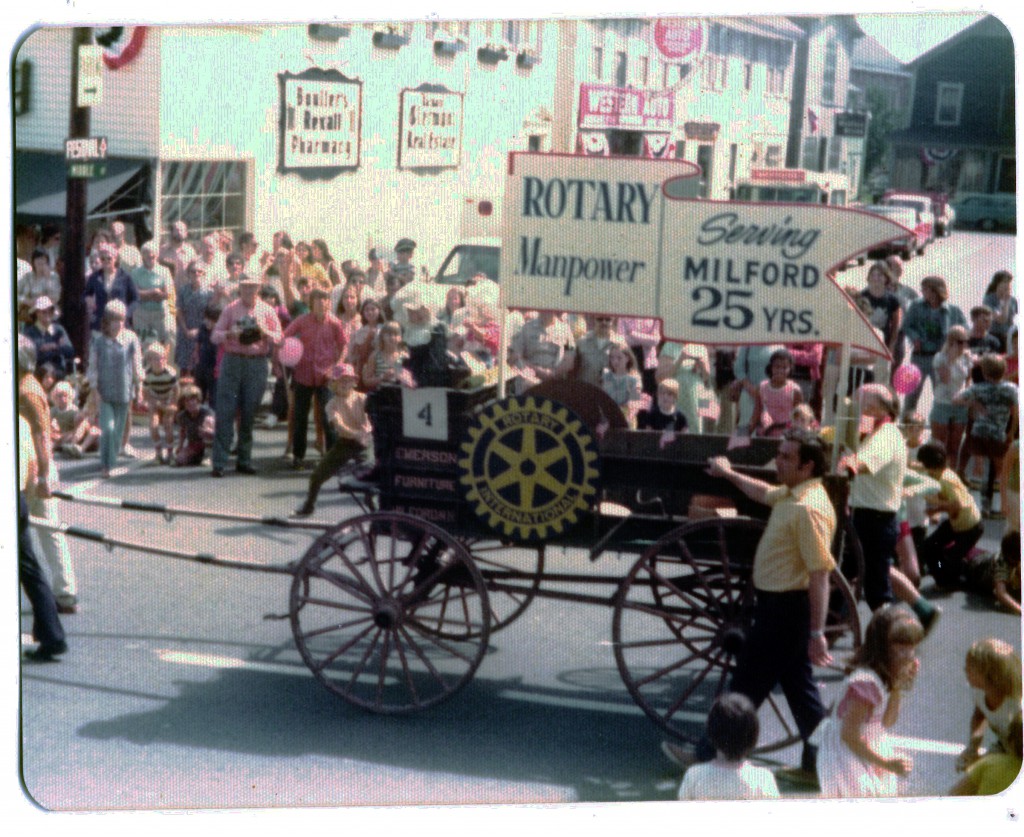 Our great country turned 200 years old in 1976 and there were celebrations everywhere.  In 1973, an appropriation of funds was approved at town meeting to form a Bicentennial Committee to plan for Milford’s celebration.  1976 was going to be a huge year for Centennial celebrations.  The acquisition of bands, decorations, and other needed services would be difficult to come by in the Summer of ’76.  Because of this, the committee made the decision to hold Milford’s grand celebration in honor of our country’s birthday in July of 1975, a full year early.

Between Wednesday July 23rd and Sunday July 27th of 1975, Milford held a celebration that had no rival probably until Milford’s own bicentennial celebration in 1994.  The details of the 1975 celebration’s events can be seen on pages 136 and 137 of Winnie Wright’s book “The Granite Town”.  On Saturday morning July 26th, a grand parade was held that hosted floats from local businesses and marching bands from all over New Hampshire.

This image is one of many pictures from the parade in the Historical Society’s collection.  It is a float for the Milford Rotary Club.  In the background looking down the North side of Middle street you can see Boulter’s Rexall Pharmacy, Western Auto, and though it’s tough to make out, Wallace Press.