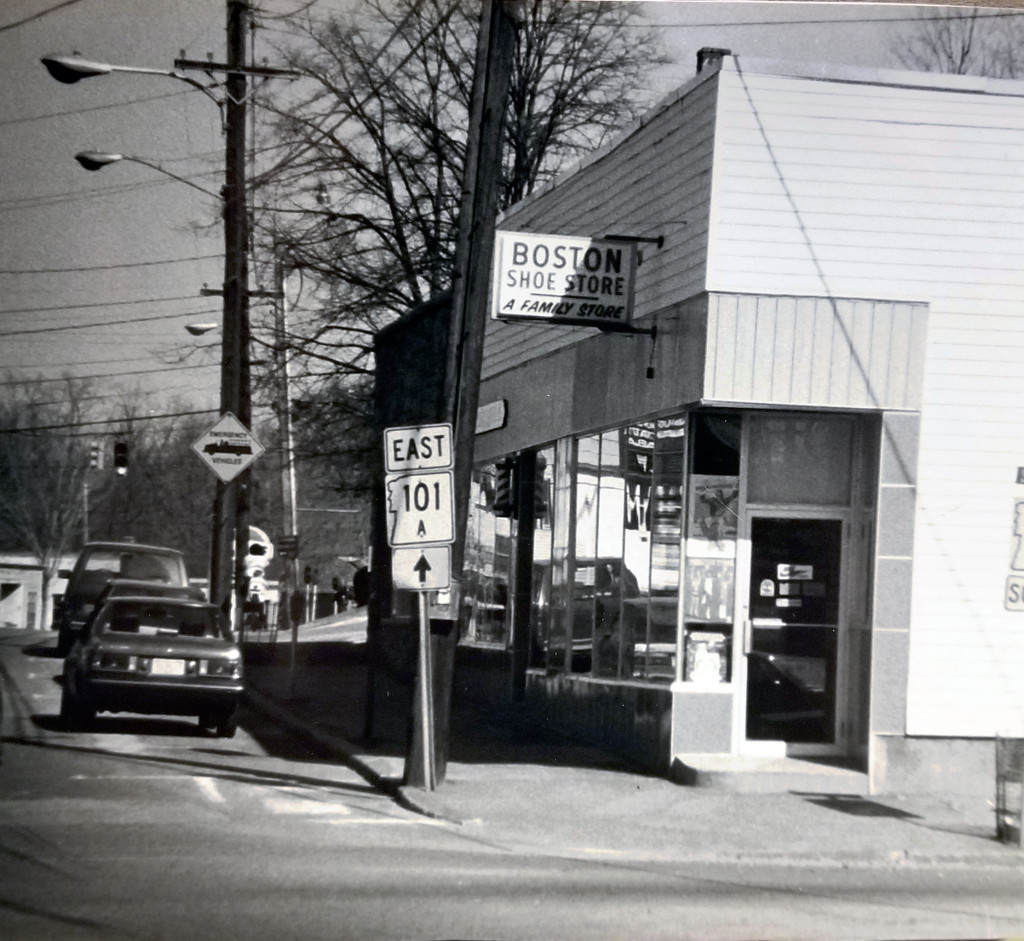 Gone but not forgotten is the Boston Shoe Store on the corner of South and Nashua Streets.  Though this image is from Milford, the story of the Boston Shoe Store started in downtown Wilton.  Salvatore (Sal) Crisafulli as an 18-year old youngster back in 1920, started his shoe repair business in downtown Wilton in the back of a local store.  He opened his own storefront in the early 1930’s.  He had come to America and the Souhegan Valley as a boy with his parents from Sicily to work in the granite quarries.  He went to work in the quarries and realized that kind of work was very tough on the workers shoes.  So began a career in Wilton & Milford that spanned nearly 81 years.  The store here in Milford was opened in the late 1930’s.  The coming of the malls and department stores in the 1970’s slowed the local shoe business for Crisafulli, but he remained open at both locations in Milford and Wilton for years after.  He retired from the shoe business in January of 2001 at the age of 98 and closed his stores.  Salvatore Crisafulli and his Boston Shoe Stores were icons in Wilton & Milford for generations of families.   Sal Crisafulli died on September 3, 2001 at the age of 98.