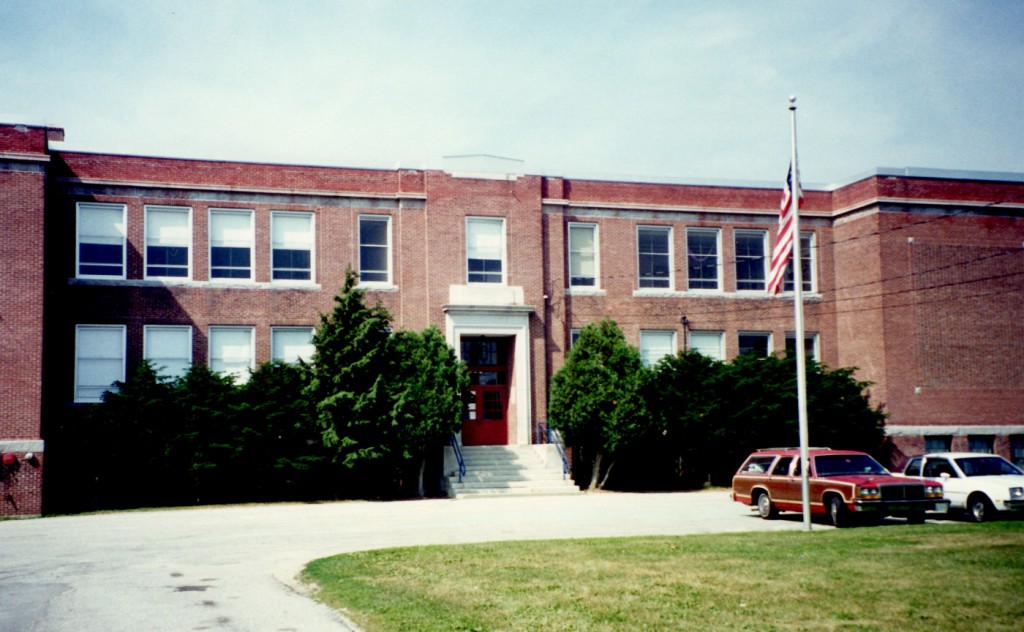 The Garden Street School was built back in 1925 and operated as an elementary school for the children of Milford for 77 years.  As often has been the case over the years, Milford was dealing with population growth and crowded classrooms.  For many years prior, elementary school students attended school at a combination of different schools.  One was the old brick school (across from the fire station) which later became home to the Milford Cabinet.  Another was the “Old White School”, which was a wooden school that stood approximately where the Garden Street school was built.  Many children still attended Milford’s rural school houses.  These were small one or two room school houses scattered around town that warrants a story all its own.  These old schools were getting more an more crowded and it was time to build a new elementary school in the village area.

It was decided to build the new and modern 12-room school building on the land of the old white schoolhouse.  In April of 1925, the old white schoolhouse was torn down and construction began on the Garden Street School.  As noted above, for 77 years, the youth of Milford went to school on Garden Street and many great teachers helped to educate our future generations.

Through those 77 years other schools came along such as the new Jacques Memorial School in 1955, the new Milford High School in the early 1960’s, the new Milford Middle School in the late 1960’s.  With the later addition of these new schools and the shifting of which grades went to which schools, the grades that went to Garden street school changed over the years.

The final first grade class to attend school at Garden street was the Milford High School class of 2013.  They started at Garden Street as 1st graders in the fall of 2001.  With the addition of the Heron Pond school on Whitten road, elementary school classes again shifted accordingly the following year.

The photo with this article was taken in 1994 when Milford was celebrating its 200th anniversary.