For the past several years, the Milford, NH Historical Society has been working on an exhibit entitled “Journey to Freedom”. This project strives to tell the story of the free African Americans who made Milford their home in the early 19th century and to introduce you to enslaved African Americans whose paths brought them here through the efforts of the underground railroad. We will feature those in the community who were active participants in the anti-slavery movement.
You will see an original copy of a poem from the Farmer’s Cabinet called “Fading Away” by Milford’s Harriet Wilson and a display of Harriet Wilson’s miracle hair tonic bottles that proclaim “it will cure dandruff, make hair grow and cure horrors” – Harriet was quite an entrepreneur.
We’ve discovered horrible and enlightening quotes to prove not all was positive back in the 1850’s. Quotes from 1834: “African Americans can come to the meetings but cannot join the anti slavery group” and “let them join the meetings but don’t let them into your house”.
Discover what “free produce” is – and it’s not what you think.
An exhibit of two Milford anti-slavery petitions – both were meant for men to sign but women crossed out “MEN” on one, and replaced it with “WOMEN”.
Along the border of a large impressive 1854 map of Milford are photographs corresponding to displays in the room.
Learn how an 1851 escaped enslaved African-American named William Jones was harbored in Xenophon Mill’s home on Clinton Street and that Milford and Lyndeborough residents raised $207.75 to purchase his freedom. Did you know that Frederick Douglas visited Milford – twice!! 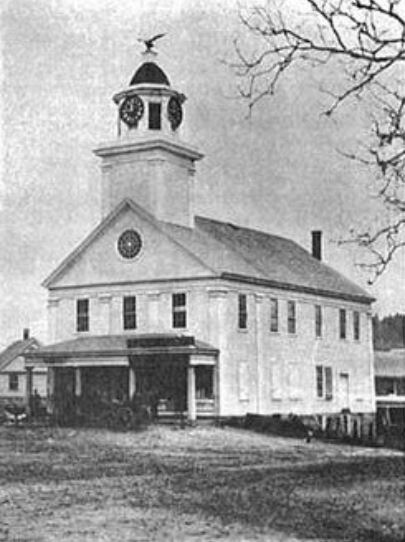 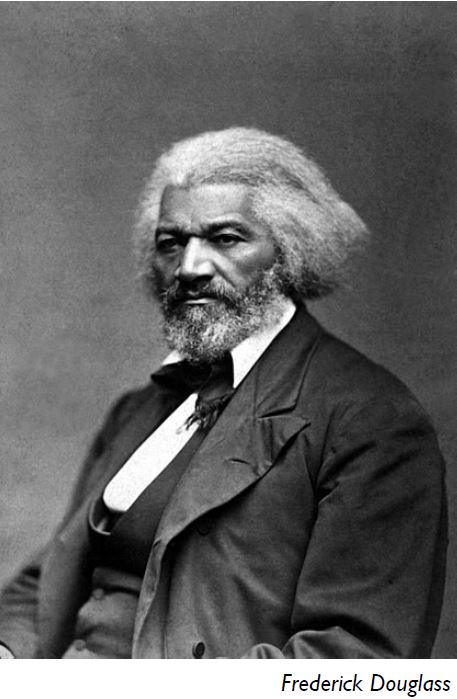 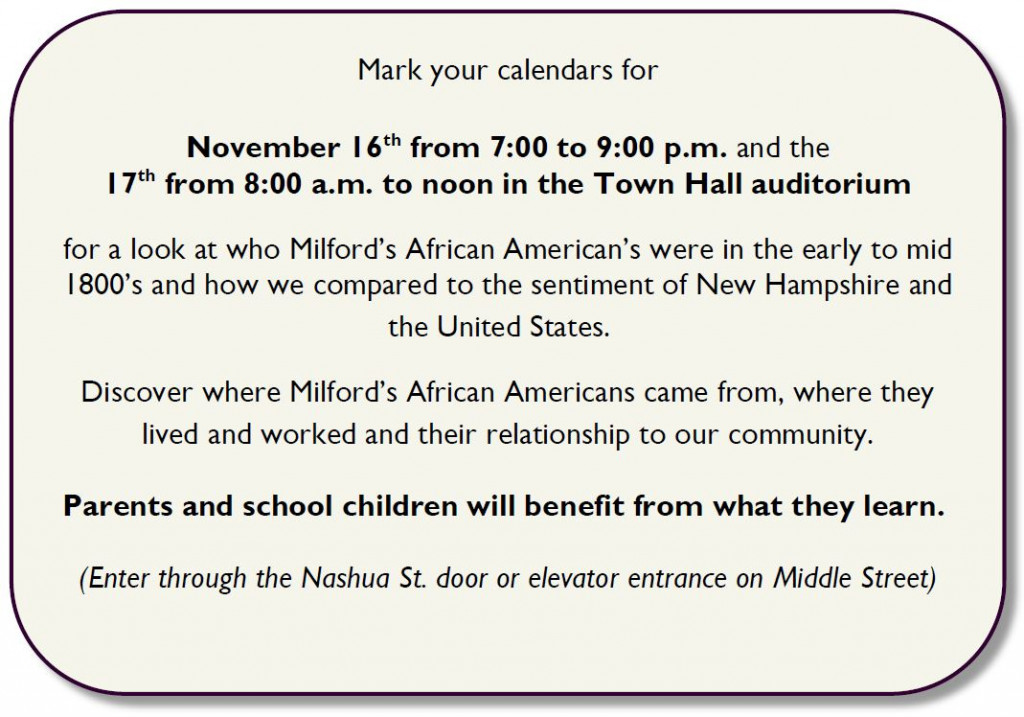