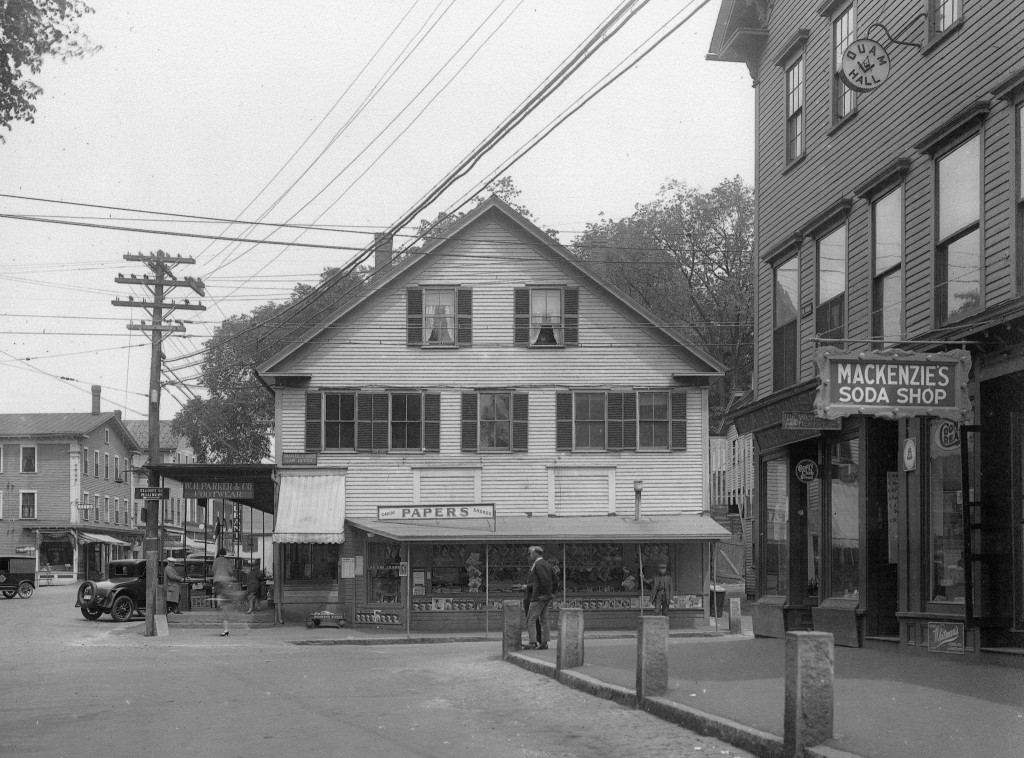 Candy, Papers, and Smokes were advertised at the newsstand at the corner of South and Nashua Streets in this undated photo. Previously a fruit stand, Thomas Ryan began selling newspapers here in 1907. It was torn down in December of 1966 when Dave & Bob Ross were the proprietors. George Bosworth, Morris Courage, Vincent Gatto, James Cassidy, Harold O’Neil were some of the proprietors over the years. Who remembers?

Corner of Clinton and Nashua Streets