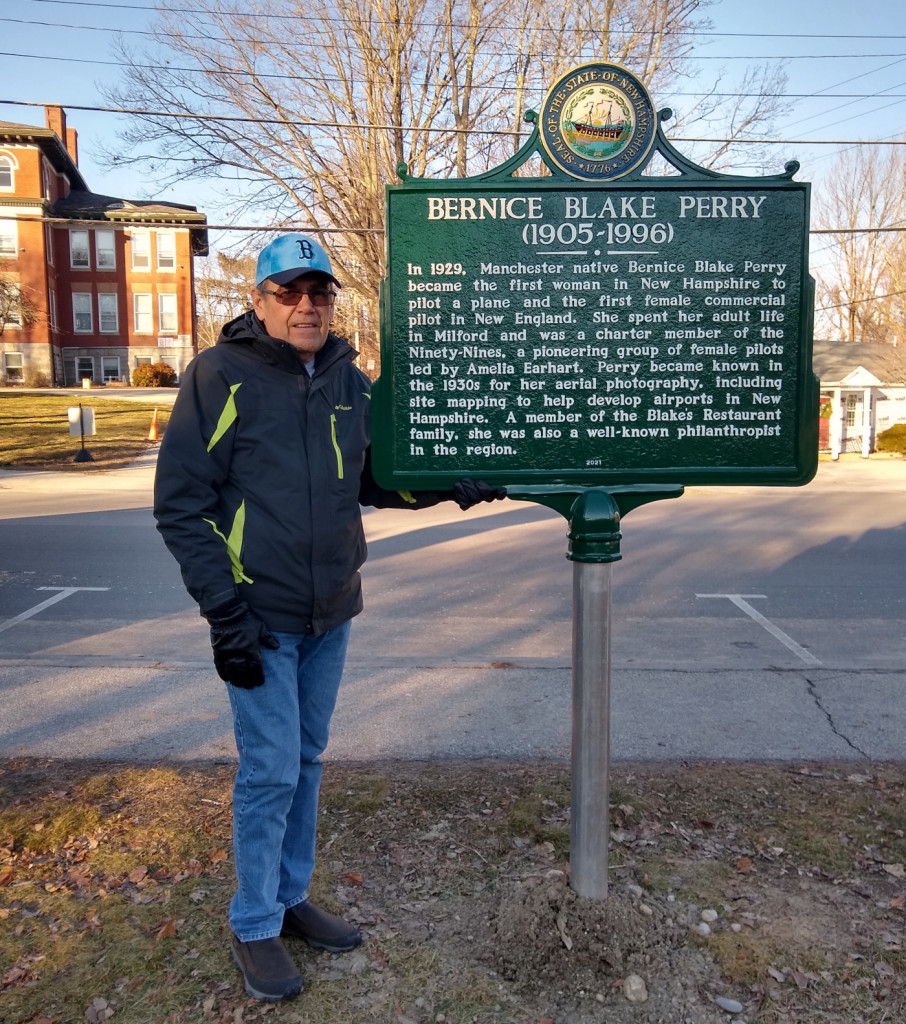 Pictured above is the State Historical Marker recognizing Bernice Blake Perry, a prominent member of Milford’s past, which was recently installed on the Community House lawn facing Elm Street.  The marker finally became a reality after many delays caused by the pandemic thanks to the efforts of Peter Petrigno and Gary Daniels who helped shepherd the marker through the labyrinth of bureaucracy.  A special thanks to Jim Infanti and the Community House Trustees for allowing the marker to be located on the property.

Ms. Perry was a pioneer in the world of aviation, becoming the first commercial female pilot in New Hampshire and one of the first in the nation. Her career as a commercial pilot was most influential in the development of the industry.  She was a personal friend of Amelia Earhart and together they founded a group of female pilots known as “The 99’s”.

She was a strong supporter of the High Hopes Festival and the foundation named for her still awards scholarships to worthy Milford High graduates each year.

Her contribution to the Milford Historical Society includes over 45,000 photos covering all aspects of life in and around Milford.

Standing next to the marker is Mark Genovesi, President of the Milford Historical Society.  The Society wishes to thank Mark for his leadership,  perseverance and successful completion of this memorial.

As noted above, Mrs. Perry’s photograph collection is now part of the Milford Historical Society’s collection.  Below are some Milford related images from her collection.  Click them to zoom.