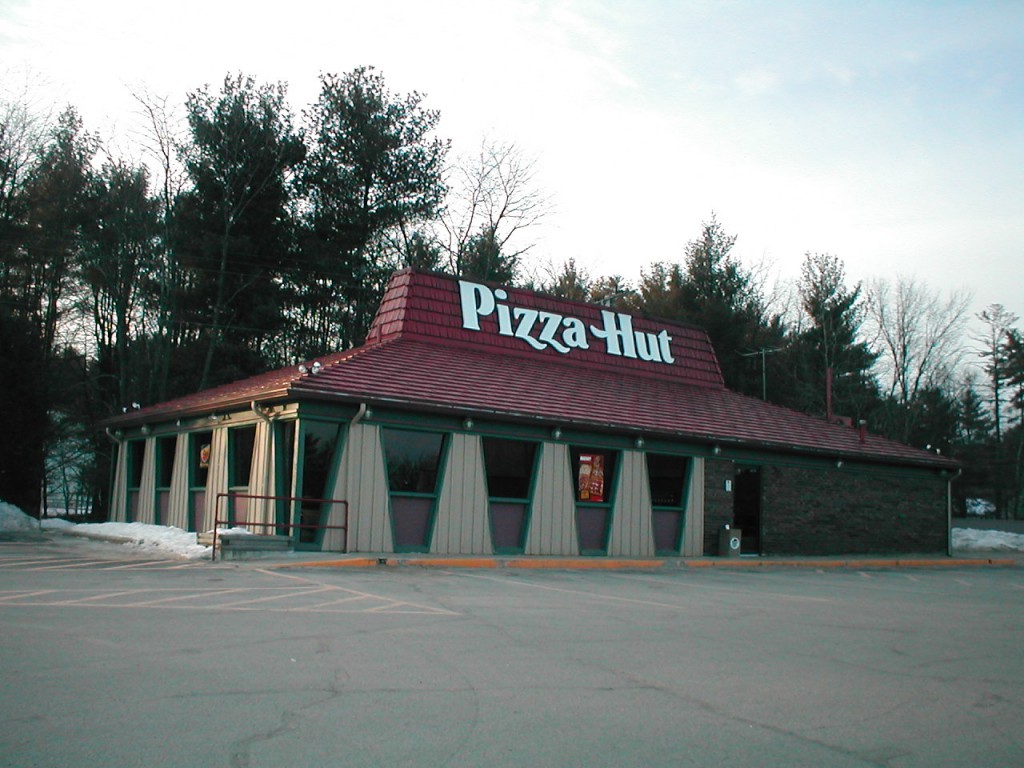 Though it surely doesnt seem like it was that long ago, it has been more than 17 years since the Milford Pizza Hut on the west end of town shut down for good. Pizza Hut was located on the lot next to the original location of Contemporary Chrysler on the west end of town on Elm Street. Searching through the Milford Cabinet archives, the earliest reference I can find to Milford’s Pizza Hut  is from early 1975. In addition,  a Cabinet article from November of 1975 references “The new Pizza Hut Restaurant”.

It would appear that Pizza hut got it’s start here in town in the 1974/1975 time frame.  Pizza Hut shut down for good on February 24th of 2004.  It seems strange to be nostalgic over pizza, but the Pizza Hut was a part of Milford’s history for almost 30 years. The building now has served as the home to Enterprise Car Rental for many years.  The images below were taken in February of 2004 when they were in their last week or two of being open.

The guys that were working the evening shift that night didn’t mind having their picture taken next to the sign promoting the Pizza Hut in Merrimack, which is now the closest Pizza Hut to Milford.  Does anyone know who these guys are?  We would love to include their names as a part of Milford History!  Each of the images below can be clicked to enlarge.

Union Square in Winter of 1948