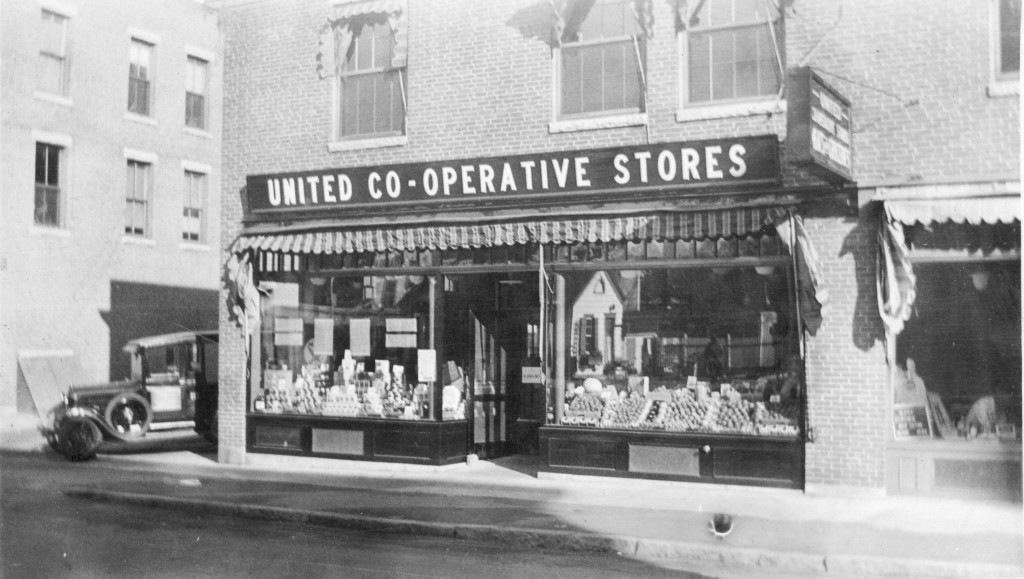 Back before the days of big corporate grocery stores such as Shaws and Market Basket, the residents of Milford went to much smaller markets with locally grown and sourced products.  One such store in Milford was known as the United Co-op.  Though the Co-op store got its start in the building most Milford natives will remember as Bravo Pizza, it was most well known when the Co-op bought land and built its own building just the other side of their neighbors at Emerson’s furniture.

The Milford branch of the United Co Operative Society consisted of farmers, business people, and other local residents that pooled their resources together to own and operate the Co-op and the store.  The store was started in 1920 and after only 3 years they had outgrown their space and built the current brick block on South street that today in 2021 houses Union Coffee.  They moved the store to this space and operated their market here until 1950.